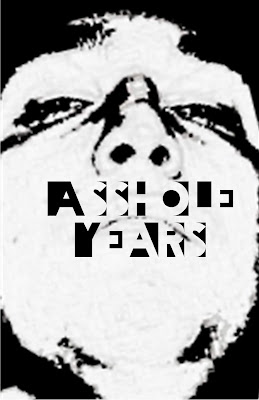 You had to wonder how long into "sheltering in place" it would take before I finally wrote a blog post. It's been... 17 days. That's not too bad, considering I haven't written one in nearly 11 months. At least not one that I've published.

That's definitely a thing. I have written plenty of blog posts over the years that I haven't published. Some of them were pretty good too, like the Scott Weiland tribute I started on the day of his death and then never finished. Maybe I should finish and publish that one even though it's been like 4-5 years since he died. Nothing that I wrote then doesn't still hold true.

Now is as good of a time as any, I suppose, for a new blog post. I mean, I am on a mini vacation from work for five whole days! It was supposed to be for a wedding, but, well, you know... Anyways, it's now a well-needed break for some rest and relaxation.

I am listening to the new Pearl Jam album, Gigaton. It's not super catchy, but it is kinda catchy. Not that that's bad. In fact, I am really enjoying it. The right amount of catchiness, I suppose. It's not one of those albums with knock them out of the park singles, necessarily. It more of a whole piece, and content-wise it is definitely appropriate for the moment. What amazes me, as someone who's been in bands, that the members of Pearl Jam, who have played together consistently for such a long time now, still get along well enough to make pretty solidly good music together. This is probably their best album in a long time, too.

For me, creatively, things are also looking up. Not only am I playing music again, but I am also finishing my next book, the semi-autobiographical short fiction collection, Asshole Years. It actually started as a re-edit of my first book, the now out-of-print Tales from the Fringes, but from it I only kept four stories and totally re-wrote and re-edited them, so it didn't really seem fair to call it a new edition.

For the record, the stories in Asshole Years that came from Tales from the Fringes are "Tin Cup" (formerly "The Other Side of Cool"), "Greasy," "Maturity" (formerly "A Hipster Confession"), and "The Opossums" (formerly "The Backwoods Event").

Another two of the stories in Asshole Years have also already been published, but elsewhere: "Freshmen" as an e-book single, "The Day the Music Died," on Smashwords, and "Truck Shop," which was originally published in Literally Literary on Medium.com.

Finally, there is one new story, "Dropout," which is about 25% of the entire collection and one that I am pretty proud of.

Originally there was supposed to be three more new ones but I decided to pull those and put them into their own separate set of longer short stories (probably 10-15K words each), tentatively titled Fucking. That probably won't last as the title, so I guess technically it's more of a working title.

All of the seven stories in Asshole Years have origins in stories that I wrote for classes as a student at Kent State when I finally came back and finished my bachelor's degree in 2010-2011 after a long hiatus. You could say that I was in a kind of nostalgic head space at the time--plus, in most of the workshops I took, we were encouraged to write in realism, and I really adapted well to it (I think). The plan is to release the collection over the summer. I am still working on a specific date, as I am still editing it, but I am upping my game quite a bit this time and publishing through IngramSpark with my indie imprint, Gott Press. This increases my expenses, but I don't mind putting more money into it to come up with a better product and also break away from using CreateSpace, which is owned by Amazon.

Music-wise, I have a couple of projects going on: one that I started with my brother, and one that I am pursuing on my own.

The first one, which we are still in a large way sorting out the details of, will hopefully eventually turn into a full-band situation. We're not exactly sure of the genre, but there's definitely some areas where we overlap musically and so we plan to just lean in those directions.

The latter has been sort of my ongoing, off-and-on-again solo act/one-man-band-acoustic-punk-folk-psychedelic-noise thing that I have been doing since roughly 2003, when I first learned that one of my favorite things on the planet to do is to write and record albums completely on my own. If you're not familiar with this project, I have on Soundcloud my two most recent recordings, Survival Pilot (2013) and Daydream Death Rattle (2009). I highly encourage you to check out the self-titled one, at least, as those songs still hold up pretty well.

I am even contemplating doing some gigging again, eventually, as I have grown at least a little as a singer and a musician since the last time I performed for an audience. Actually, between 2007 and 2009, I used to perform somewhat regularly, but I stopped to focus more on writing, and I haven't performed as a musician since.

We'll see. I might take advantage of the opportunity and start out by putting stuff online or doing a "live from the basement" sort of thing, I don't know. I think my position at work, having to manage people, has helped me overcome a little my stage fright.

In summary (as I read on more than one student paper during my tenure as an adjunct college professor), I guess that means I am surviving being forced to stay home. I don't really mind it, to be honest. I am definitely a home body, so to speak. After all, it's hard to work on projects when you're not home, or, you know, dead.