Everything You've Always Wanted to Know about Me 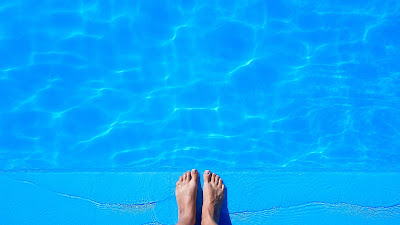 Given the generally positive reactions to my recent dipping of my toe into writing science fiction, my flash fiction chapbook, Dispatches from the Information Age, it's probably not a surprise to anyone that I also want to continue writing more in this vein, and indeed, that's why, until recently, I have gotten away from the more "realism" style in which I also write.

However, since deciding to split my short story collection, Xennial, into two collections, Xennial, and Asshole Years, I've come to the conclusion that both sides of my writing personality can coexist, just maybe not in the same collection--at least not this time. Since Asshole Years is what I'm focusing on first since it's much further along, for now, you'll probably hear me talk it about it and the stories it contains more than you'll hear me talk about what now comprises Xennial, but that's not too say that Xennial is on the back-burner, necessarily, I just won't be working on it as much. Once I get Asshole Years to the editing stage, it will be easier to work on both projects simultaneously.

I like to think my writing now is some cross between realism, dark humor, modernism and science fiction/satire that comes out as a kind of science-fiction-leaning Flannery O'Connor. This is more evident in Xennial, and in Asshole Years, it doesn't all come out at once, and certainly the collection as a whole strays mostly in the territory of realism and modernism, there is still a glimmer of the dark humor and science fiction that I also like. A very brief glimmer, but still a glimmer. That being said, Asshole Years is definitely firmly entrenched in a universe very closely based and very similar to our own.

These stories aren't true stories in that they actually happened, but they are stories about my life through fictional events that in some ways mirror my actual experiences. Call it truthiness. It's not an autobiography but the characters are truthful. That's what makes it fiction.

One idea I have toyed around with for Asshole Years to keep the ball rolling towards a 2019 publication and to get back to Xennial is to set a number of pages, say 200, and stick to it, no matter what. My plan is to smoothly and as naturally as possible get as close to whatever goal I set and then to fill the remaining pages with splashes of visual art. That would make it easier for me to do the design at the same time. Hell, I will likely finish it before I ever finish the three new stories, which is what mostly stands in my way of completing this thing. If I cut it close on the writing and editing to whatever deadline I set, the design will be done, or nearly done, and I can mainly just focus on finishing up.

Needless to say, while I am excited about Asshole Years, I am even more excited to get back to Xennial, which I aim to publish in 2020 on or about as close to election day as possible. Since it is more in the style that I aspire to write, I am going to just pull out all of the stops and get Asshole Years done so I can get back to it. I have spent the past eight years or so on most of these stories so it's about god damn time I get them in print the way that I want them to exist for forever--or, at least, that's what I tell myself will happen in order to be able to let them go.

Given then, that spirit of making progress, I have decided upon a cover, which I am happy to share here. Thank you to those on my Instagram stories who voted between the three cover designs. It was a hard choice but ultimately, I thought the design below was the best one to represent this set of stories.