Divided We Conquer? A Meditation on Society in the Over-Share Age

Originally, this week off was to be solely designated for finishing my second novel. Then, of course, I became hugely distracted by my Strat and just kind of went with it. Playing guitar is probably the best way that I've found to relieve stress and find my sense of self. Kind of a mental health sort of thing, you know? It's good to have a stay-cation every now and again to remind you about what's important.

Writing and music are both important parts of my life, there is no doubt, but I just need to let things unfold naturally, and just focus more on writing how I write and playing guitar how I play guitar, producing the works that I produce. I have actually started to feel pretty comfortable doing these things how I do them, so I am just going to go with it, for better or worse. Naturally, my job is also important to me. Not just as a means to make ends meet, though, because I feel like I have finally found a company that will give me a chance to prove myself. When it all comes down to it, the thing that is most important to me is my life with my wife, our starting a family, or rather, starting a new branch of this large extended network of family I was both born into and have built up over the years, and the prospect of that, as much as we both want it, is also very nerve-racking with what is going on in the world today, and especially in our own country.

We, the individual parts of society, just don't see ourselves enough as one collective entity. We become too localized into our own lives, and our grievances--some real, some imaged--that we forget that, like any body, if any one part of us is weak or suffering, then we all are weak and suffering. We are supposed to all be branches from the same tree, but we have lost insight into what makes us us.We really just need to sit down and decide what it means to have the trait that we conveniently named after ourselves and then gave a meaning to that we have no hope of attaining if we expect too much from nature and each other and expect too little from ourselves.

We need to try harder to respect each other. After all, if we can't at least agree to do that, then why do we think we can accomplish anything else meaningful? If no one else's input is valuable, except those whose agree with our own opinion, then how do we expect to learn anything from someone who's had different experiences with life, having developed different ways of thinking about things, and can maybe even provide some perspective on our own lives---helping us find the things that we all share?

Those are the things that make it worthwhile to agree to disagree, at times, while also expecting more of ourselves, and holding each other to the same standards that we hold ourselves. If we let our standards be too low, then it is our own fault that we end up a certain way. There are some things that are worth hoping for, and that does include peace, but peace doesn't come without mutual respect.

I always wished that my kids would grow up in a world that was better than the way that I found it, but the prospect of that, right now, seems pretty dim. Hope isn't entirely lost, but we take it for granted that much more each day, and each day, that much more of it is lost. How long will it be until we have none?

Let's not find out, let's aim higher. In order to hit our mark, we all have to be trying equally as hard, and helping those who need the help, when they need it, and not ask why, but ask, instead, how are you? That's the kind of world where I want my kids to live, and while I am sure it is idealistic, there is nothing wrong with having ideals. What else should we be aiming for?
Posted by Gabe Gott at 11:24 AM 1 comment:

Things are getting serious this morning here in Highland Square. Where should I start? 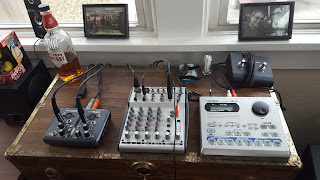 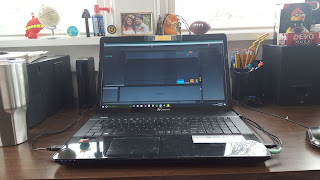 My New Direction: The Bookish Rocker

Sitting in my recently cleaned and organized office, the chaos of thoughts blowing and tumbling through my brain as I look out the window at my backyard and try to figure out what to write. I close my eyes, my breathing measured as I take in the light that peeks through the blanket of clouds resting over this winter-kissed Akron morning, and I realize that it's been too long since the last time I meditated. 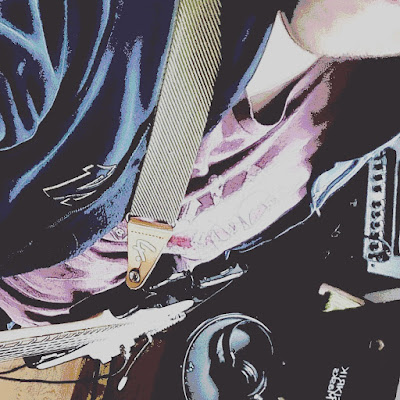 Sonic Youth's "Teenage Riot" comes over my Spotify and I decide that it would be better if I put on the album, and search for the CD. I can't remember if it is in the pile of plastic squares sitting in a stack next to desk, or on my shelf. I used to really pride myself on this collection, and it is pretty expansive and diverse. Overall, though, the music that I own in all the various forms could always be more expansive and more diverse. My record collection is still a baby, and needs more time and care; my folder of MP3s contains all the best from my CD collection plus all the stuff that I have bought on Amazon over the years. In my car is my iPod, which has all the music that I have bought from iTunes and copied from library collections, and I realize that I need to copy everything from it onto my computer before my Nano finally bites the dust. It is on its deathbed for sure. I can no longer listen to it unless less plugged into something (like my car). That is why I am determined to put more music on my phone so I have more options when I am at work.

My mind switches directions with precision, and I open  Dottie's case and stare down at her sunburst smile and it makes me smile. On the other side of the room sits my bass and my new Mexican Strat, which I realize I have had for two weeks and I have yet to name it. Sacrilege! I must remedy this at once!

If I had another guitar amp, a drum set and a small, powered monitor, I could easily get a jam going here. Hell, that would just be the ideal scenario--including the organ, I could really get a good jam going with what I've got. That being said...