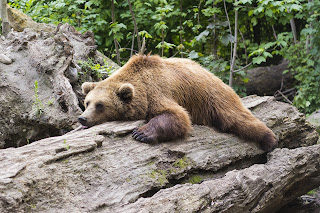 Greetings, fellow humans of 2018. It’s been quite the year, eh? I know it has for me. It started off strong—my Akron Soul Train Residency came and went (and went extremely well) during the first quarter of the year, and then my inspiration to write kind of fizzled after that, with maybe a few short bursts here and there. Maybe I just used it all up and needed to refuel—I don't know.

I’m not even really sure where I’m going with this blog post, to be honest. Not that that’s ever stopped me before. No, I’m going to do like I do and just sort of wing it. See where it goes. Put fingers to keys, words to screen, and hopefully, after the dust settles, what I write will make some semblance of sense. Maybe even have some coherence.

We'll see, I suppose, but I wouldn't get my hopes up too much.

Black Sabbath's Paranoid is spinning on my record player, because I needed some “Electric Funeral” in my life. This was recorded before they spent more money on cocaine than on the music. It should at least be a 50/50 split. I don’t know. Cocaine has never really been for me, and I feel like, at 36, I’m too old to start that shit now. It would just be sad, at this point. Too mid-life crisis-y for my taste.

In my experience, it’s better to use drugs to help find inspiration, rather than relying on them for inspiration. It’s a subtle difference, but an important one. It’s best this way, when they're more of a tool than a crutch. I’m finding that meditation works really well for that, too. It’s also much healthier. I’m no spring chicken anymore, so I have to think about that shit. I’ve already started falling apart enough—I don’t need it to get any worse.

Finding inspiration can definitely be tricky. It might not always be, but sometimes it is. Even if I know what I'm going to write about, even if I’ve already brainstormed it and outlined it and all that business, actually sitting down and punching it out is the hard part.

Of course, it doesn’t help that I am something of a first-rate procrastinator. Even in grad school, even during my short but busy journalist days, I have always been one to wait until as close to the deadline as humanly possible to complete an assignment. It usually always worked out for me, which is probably why I have kept doing it all these years. The results speak for themselves, anyways. Well, it has gotten me this far.

Every writing advice column/blog/magazine is loaded with the sorts of advice that the aspiring writers who subscribe to them will follow and have varying degrees of success with in the real world. I used to subscribe to that advice, too, writing so many words a day or for so long a day, or whatever it happens to be this week, but to be honest, I think the best advice I have ever gotten is to just find what works and stick with it, no matter what the experts say.

The key is to just keep, keeping on, even if that means only sitting down every once and while, when the inspiration actually does strike, and getting out what I am able to get out during that time. I just keep doing it, no matter what. Eventually, something will click and I’ll finish what I set out to finish. It might not turn out how I originally thought it would, but that’s okay. It’s almost always for the better, that way.

So maybe I’m doing more guitar-playing than writing right now, but that’s okay. I will come back around to the writing again. See? I’m doing it now. That’s all the proof I need. It might not be the thing I need to focus on writing, but it's something. That, the short story collection, might be far from done, but if I continue pushing myself, continue story by story, page by page, word by freaking word, no matter how long it actually does take, I will get it done, and it will turn out exactly like it's supposed to turn out.

Maybe the trick for me is motivating myself through sitting down and writing a blog post first, because I feel pretty super-jazzed about writing right now. Hmmm, maybe there's something to that. I'm not sure, but I'm just going to go with it, because at least it's working now, and that's all I really need.
Posted by Gabe Gott at 12:00 PM