Or, Midnight Confessions: Where did our life go... Right?


Vacation by the Go-Go's has become the unofficial anthem this weekend around casa de Gott.

We have at least a foot of snow and more is starting to come down, but the cold didn't seem too bad to me when I went outside to shovel. Then again, there is a difference between a city cold and a country cold, and Akron is definitely somewhere in between.

Sarah and I originally took Monday and Tuesday off to go on a long weekend trip, but because of the weather, of course, that didn't pan out. To be honest, we're making the best of it, and I am kinda glad it turned out this way. It has given me time to reflect, a little. Here we are, in our little bubble, living life, struggling at times, feeling successful at times, but getting through it and feeling stronger together. It is much nicer to have someone to hold hands with through the roller-coaster.

After the Go-Go's, The Grass Roots seems the next place to go as I choose the soundtrack to our hibernation. It popped up the other night when we had friends over and I was picking out just random records that I hadn't listened to in a while, and everyone seemed to enjoy it a lot, and I am especially super-jazzed about rediscovering it because it has on it one of my hands down all-time favorite songs, "Midnight Confessions."

Speaking of The Grass Roots, this seems like an excellent opportunity to sneak in a Creed Bratton meme:

Other than this blog post, I have also committed time this weekend towards working on my short story collection(s) and what might be the beginning of a new music project.

The short story collection(s) I'm referring to is(are) what used to be called Xennial. I've got this crazy idea to split them because it wasn't really working for me to have the stories I'm writing now paired with stories I wrote ten years ago. Or even 8 years ago. The stories I'm writing now are different. I've grown, I think, as a writer, or at least developed my style, or, rather, a style that works for me. So those new 18 stories are what is currently titled Xennial. Most of these need a lot of work to finish so I realistically think it will be 2020 before it comes out, but that's okay, it will be a good book to publish on a major election year. 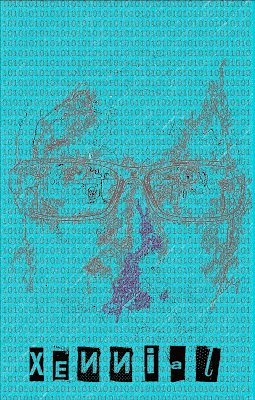 Don't worry though, I haven't given up hope about publishing something in 2019. The other 15 stories that were originally going to be included in Xennial with those 18 will be paired down to the best nine, and will be published, probably next, under the new title Asshole Years. These are all of my realistic fiction stories, most of which I wrote for different fiction classes at Kent State University. Here's what it will contain:


I don't have any cover art but that will be forthcoming, probably after I finish this blog post. The three new stories need finished but they are all pretty far along so this one I feel confident that I will be able to publish this year. It will probably be around 200 pages.

The music project will be under my Survival Pilot moniker, and will be at least one song, but I have at least two drum parts so there might be more. I don't know if I will finish it over this long weekend, but that is my goal. I am thinking about doing a free Soundcloud EP for record store day, or something, just for shits and giggles. 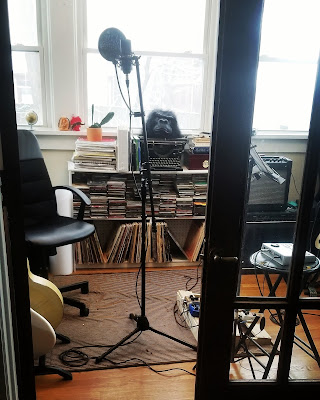 As you can see, I am never bored. Hopefully, you all are staying safe, warm, and entertained like we are here in Highland Square. And if you haven't heard "Midnight Confessions" in a while. Maybe you should give it a listen. You won't regret it.
Posted by Gabe Gott at 1:30 PM