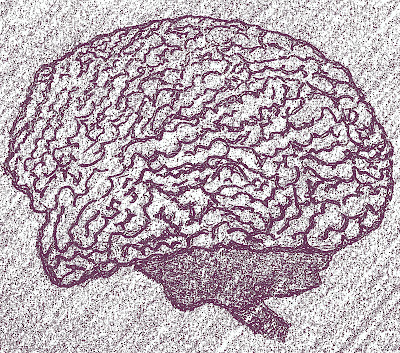 Greetings people, and on a Thursday afternoon, no less! I suppose you are probably wondering why I am coming to you at this moment, and I will tell you that it is because I have been home with some plague or another. 'Tis the season, after all.

Being sick isn't the best (thank you, Captain Obvious), but thank God for PTO and sick days. I am on the mend, now, though, and I should be ripe and ready to go back to work tomorrow. At least the way that I am feeling at the moment, anyways. I think sleeping in until noon helped, but also probably just generally eating healthier and leading a healthier lifestyle (lately) has helped me fight this off relatively quickly. This time yesterday, I felt like absolute garbage, and while I'm not 100%, I feel quite a bit better.

Of course, it could also have been one of those 24 hour bugs. Mine was more like 36 or 48 hours, though, because it technically started Tuesday night, when I was literally exploding liquid out of places where it normally does not come out.

Anyways, since I am home and feeling better, now, I have made some changes to the design of the site again. I hope you like it. The last design was cool, but this is more relevant to where I am currently, as far as projects go. I think it looks good, at any rate, and that's really what's important (by my way of thinking, anyways).

It's not a ton different from the way that it has been for the past few weeks, but particularly the new background picture gives it a new look and feel. I have made a few other changes, also, including making my bio and the contact page first person, as I feel like it makes the site a bit more personable. I am also thinking about changing the book descriptions to first person, where relevant. Right now, they are as they currently appear, and when published will appear, on websites like Amazon.

Those of you who follow me on Instagram (@elliots_human) will probably also recognize the background from the screenshot that I posted the other day of me working on my poetry chapbook, Live Organ Transplants. The art is the same as the cover art of that forthcoming book, which is coming together surprisingly quickly. 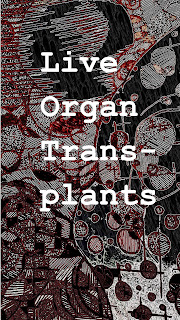 The cover is completely finished, and the interior is mostly there, as well. There are a few more small changes that I plan to make to the design and a few of the poems, but for the most part I am happy.

Currently, I am dusting off the cobwebs of the part of me that used to want to be an artist for Disney (back when I was like 8). I am working hard on some illustrations for the text, which will be another first for me. You can see a preview of what you have in store as far as that goes with the brain drawing at the top of this post.

I might redraw it in pencil and then and then ink it, as I originally planned to do. I am also currently working on a heart and will be drawing some eyes when I am done. The three organs correspond with the three parts the poems are divided into in the collection, and I might draw a few other organs if these three go well enough.

If you go to the books page on this site, you will see that I have updated it to include this newest project--well, new-ish project anyway. In reality, it has been in the works for a while, but it is coming together now because I feel like it is extremely relevant, as I might have mentioned in my last post.

Now that I am repeating myself, it is probably a sign that I should let you go. I will try to get another one in this weekend, since unfortunately, this is to make up for not writing a post last weekend.

Thanks for stopping by, and stay healthy!
Posted by Gabe Gott at 6:16 PM