One thing that has kept me from writing more posts lately is that I am still trying to decide what direction I want to go with this "thing." I want to choose a topic and then start focusing on blog entries on that topic, instead of just writing about my writing.

I haven't really been able to nail a topic down yet, so I guess I will just continue doing what I have been doing, and just continue writing about whatever is on my mind at the time, and in the format that I choose in the moment.

I don't know if you would say that it has necessarily been working for me yet, but I am bound to turn the corner sooner or later.

I don't know. I guess it will also depend on what I am doing next fiction-wise, and we'll for that we'll just have to see after these flash fiction chapbooks come out, which I hope people enjoy. At the very least, they are both quite short and not that expensive, so I am bound to get some takers, sooner or later. I have at least sold a few books over the years, and have gotten okay ratings so far. Definitely stuff I can build on---I only hope I have been reading my audience right with the two distinctive directions I am going. I have also had a few things published online and even some stuff in print---so that will also factor into my decision-making process.

Perhaps I will decide what to do after they both come out, and see which direction goes the best. That seems like a logical way to go about it.

So I guess that means, to whichever direction wins! 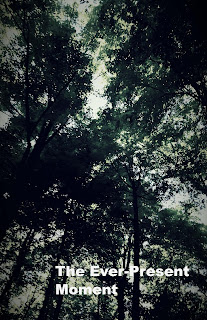 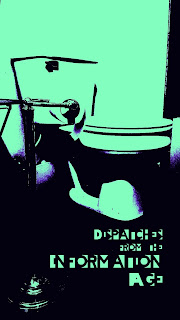 The second cover is tentative only and is a stand-in for the cover that my brother is designing. He is very talented so I am sure it will look way cooler.

Either way, I suppose I will just have to be happy with what happens between the two chapbooks. Knowing my luck, there will not be a clear difference, and I will be in the same position. Who knows. So far my best rated, most downloaded story is more the first one, but pretty much all of the flash fiction I have gotten published by others is more like the latter.

I also have two short stories finished that I can get out there. The first is around 3,500 words and the second is around 2,000. The first one has been six years in the making, and the other has been six months.

By the way, this is my second blog post IN ONE DAY! Would you have a look at that?! I haven't been this blogtastic in a while.

I see it as a good thing, and I hope you agree. If not, I don't give a shit, so you'll be hearing from me soon---unless, of course, you just decided to start ignoring this page entirely.

Whatever floats your boat, I suppose.