End Quasi-Temperamental Disjunctive Time Disruption (QTDTD) Once and For All 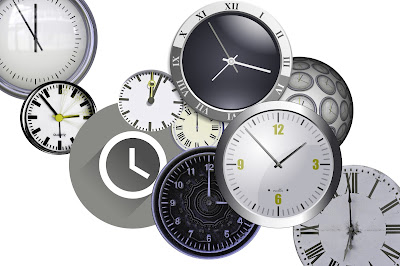 Today I would like to talk to you about a very important issue that politicians are almost entirely ignoring this election cycle, and indeed, have been ignoring for years. As far as I am aware, neither the Trump nor the Clinton campaigns have even so much as mentioned it; however, the issue affects everyone in the United States and has widespread implications throughout our society, and in fact, most of the rest of the world, as well.

It starts every fall, when we are given an extra hour of sleep or drinking or sex, or some combination of the three, only to have it taken away just a few months later. That's right, I am talking about the Canadian Scourge (no, not Alanis Morissette or Justin Bieber), which is one Benjamin Frankin's worst and most idiotic ideas, Daylight Savings Time, or as it will from now on be known as, Quasi-Temperamental Disjunctive Time Disruption, or QTDTD for short.

According to Time and Date dot com, which must be the authority on such subjects, since, after all, it's in the name of the website, and Wikipedia dot com, the most reliable of sources for information on all subjects, this oppressive practice was started by the Illuminati to cause mass confusion and make people late to work. Okay, so maybe I didn't actually read those websites, but I assume that's what they say. So screw you, Jay Z, you son of a bitch.

Now that we are back in real time, on this sixth day of November, 2016, I, Gabriel Bryan Gott, propose that we end QTDTD once and for all. Imagine a world where you don't have to stare at your clock for eleven straight hours just so you can stay up until 2 a.m. pretending you're riding around with Doc Brown in a Delorian, only to fall asleep before you have a chance to reset your clock, and it just screws up your entire Sunday. Image a world where farmers stop being such primadonnas and start using electric lights like God intended.

Perhaps we can get the energy industry into it, since after all, for half of the year they lose out on an extra hour of electricity sales each and every day. If they can get Presidents to start wars in foreign countries just to steal those countries' natural resources, and usurp sacred tribal lands just because they feel like laying some pipes like a disease-ravaged sex addict on boner pills at a Reno brothel, then perhaps they can persuade congress once and for all to leave our clocks the hell alone.

Today is the day that we collectively slap Woodrow Wilson in his stupid goddamn face once and for all and tell him are not going to stand for this injustice that is almost entirely his fault. After all, who are we to get to change time whenever we feel like it, just so we can have extra daylight for a few months? It's time to stop being greedy and start living in a reality where time stays tacked down where we put it in the first place. No more 3 a.m. bar riots (or is it 2 a.m., or 1?) just because some assholes at some point decided to get all fancy.

No longer will I stand idly by and let this injustice continue. In protest, I am going set my clock back one hour every day until this practice is ended. Only once people have come to their collective senses will I keep my time to myself, and that's a promise you can count on.
Posted by Gabe Gott at 11:51 AM